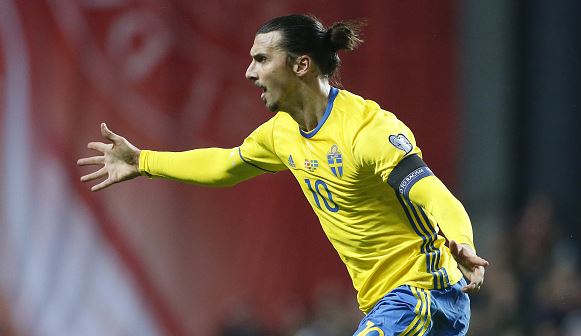 Sweden earned a ticket to the 2016 European Championship after drawing with Denmark 2-2 in the second-leg playoff on Tuesday.

Zlatan Ibrahimovic scored both to put Sweden 2-0 ahead, and though Denmark’s Yussuf Poulsen and Jannik Vestergaard replied in the last 20 minutes, the Swedes advanced 4-3 on aggregate.

After a strong start by the Danes, Ibrahimovic ran free to heel in a flat corner kick in the 20th. A few minutes later, he missed another chance that Kasper Schmeichel saved.

Just before the break, Denmark captain Daniel Agger came close to conceding an own goal when stopping Ibrahimovic.

Ibrahimovic, who has 19 career goals in Euro qualifiers, added a second on a free kick in the 77th.

Sweden won the first leg 2-1 on Saturday in Stockholm.