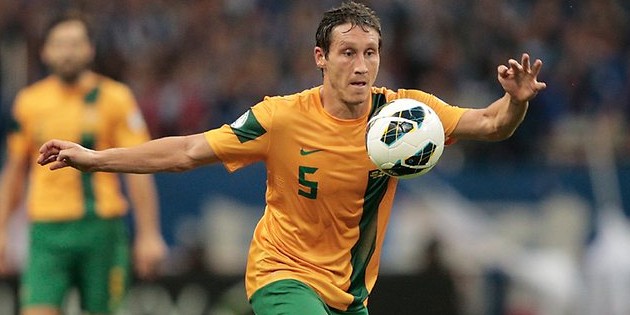 A cashed up Melbourne Victory is on the prowl for a new Australian marquee to replace the departing Mark Milligan.

The reigning A-League champions will find it difficult to replace a star such as Milligan, but perhaps they do not need to replace him in midfield. The Victory defence is possibly in more need of experience.

Defender Nick Ansell is still struggling with an ongoing foot injury, while Adrian Leijer has departed for riches abroad and Leigh Broxham could easily slot into midfield to replace Milligan.

Aussie defender Alex Wilkinson could be a good choice for Kevin Muscat.

The experienced Wilkinson has been plying his trade in the K-League for Jeonbuk Motors, but is out of contract at the end of this season. Wilkinson played three games at the World Cup last year and is a reliable, hard working defender. He has also previously played Asian Champions League with his Korean side, which will be a big advantage as Melbourne look to emulate Western Sydney in the Champions League.

Victory has also been linked with Wanderers defender Matthew Spiranovic.

However, if Melbourne do want to search for another midfielder, James Holland and Oliver Bozanic are two names that have also been thrown around.

Pick your greatest all-time Premier League team of the last 30...

‘I should be there’: Veteran keeper’s last ditch effort to make...