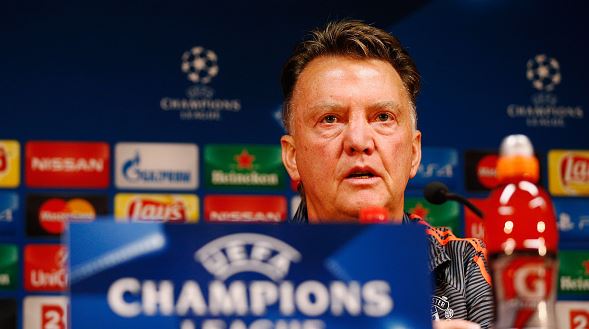 Van Gaal said he is trying to emulate the successful blend of youth and experience that helped him win the Champions League titale with Ajax in 1995.

"You have to believe in the youth education. When you see Manchester United, and how many young players we have and play, we are starting with Luke Shaw, Memphis Depay, Adnan Januzaj, then Jesse Lingard, Paddy McNair.

"They are all playing and sometimes they shall play more matches.

"We (Ajax) won the final with players aged 18 and 19, but also with players like (Michael) Carrick and (Bastian) Schweinsteiger - it was Frank Rijkaard and Danny Blind, they were over 30. I believe in the mix.

"It's dependable also on the quality of our opponents, but first we have to beat Brugge and that is difficult enough.

"Let's wait and see if we are continuing in the Champions League because that is the most important thing."

United take a 3-1 lead into tomorrow's second leg play off clash against Brugge.