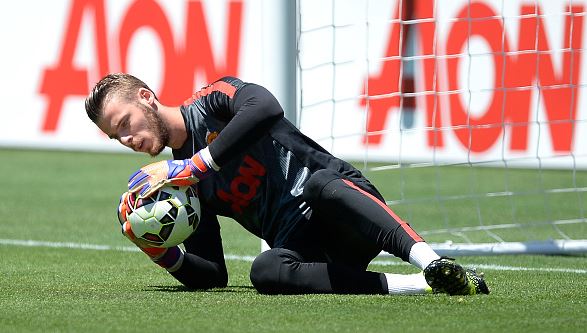 "I have one assistant coach and another assistant coach so we speak about that kind of thing together. We have a goalkeeping coach, Frans Hoek, and I'm not doing everything alone.

"Frans Hoek… he has a meeting with David de Gea and he asked him: 'Do you want to play?' [De Gea said "No"]. Then I have to take the decision. It is a process.

"We had been observing him in preparation, he was not so good, he was not the same David de Gea as before. He was my best player last season. According to the fans, he was the best of the last two years."

The Spanish goal keeper missed last week's 1-0 win over Tottenham with Van Gaal saying he lacked the focus to play.