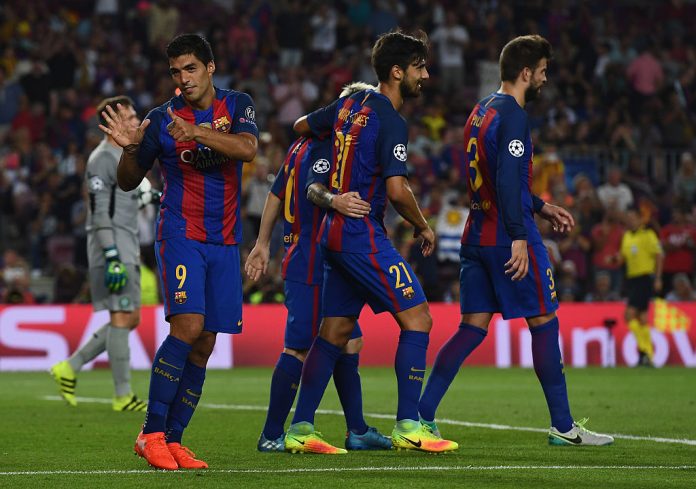 Alexis Sanchez salvaged a point for Arsenal in their hotly contested Champions League opener against French Champions PSG in Paris.

Striker Edinson Cavani glanced PSG ahead after 42 seconds and should have had a hat-trick before half-time, firing wide after rounding David Ospina before slipping to fluff a simple finish.

Sanchez rifled in Arsenal's first shot on target with 13 minutes left to equalise an Alex Iwobi might have had a late winner before Arsenal's Olivier Giroud and PSG's Marco Verratti were sent off for an off-the-ball altercation.

In Holland, PSV were out for revenge against last season's runners-up Atletico Madrid, who knocked them out on penalties in the Round of 16.

The home side was denied a penalty shout early in the first half and had the better run of play before Atletico midfielder Saul, famous for scoring that cracker against Bayern Munich in the semi-final last season, produced another moment of magic, volleying in a left-footed finish to put Atleti up 1-0.

The Spanish giants went on to close out the match to take home a gutsy three points in enemy territory.

Lionel Messi scored his sixth Champions League hat-trick as a rampant Barcelona inflicted a 7-0 thumping on Celtic at the Nou Camp, their heaviest ever European defeat.

The Argentine forward cracked in an early first goal in the Group C match before Celtic's Moussa Dembele had a penalty saved leading Messi to score his second in the half.