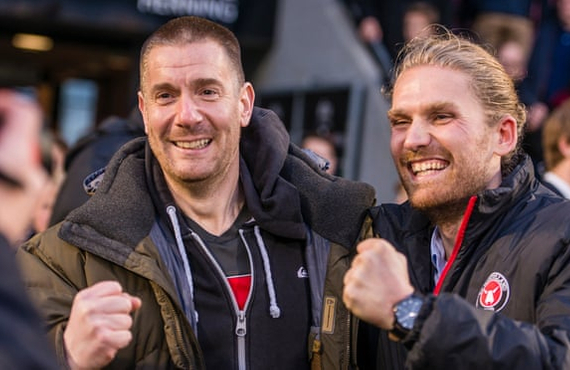 Modern day sport is often criticised for a lack of characters, however if you look closely enough, you’ll see that they still exist.

This is the story of how an investment banker turned professional sports data analyst and gambler turned a $700k USD loan into $300 million USD, and in the process, saw the football club he’s loved his entire life, win promotion to the Premier League for the first time in 74 years.

To offer some brief backstory here, Matthew Benham graduated from Oxford in 1989 with a degree in Physics and went on to spend the next 12 years working in Finance, eventually becoming the VP of Bank of America.

Deciding to change careers in 2001, Benham joined sports gambling company Premier Bet, where his job was to develop predictive gambling models based on data and analytics. During this time, Benham excelled to the point that he branched out on his own.

Starting out by winning millions by gambling on sport, Benham in 2004 set up his own betting syndicate, using the tools he had developed and that had served him so well. The new venture was called Smartodds and went on to be a huge success.

With so much capital now behind him, he went on to pursue the other love of his life, Brentford FC, and here's where this story begins to truly become special.

In 2007, Brentford FC were in dire straights financially, so Benham stepped up, providing a $700,000 USD loan that enabled the supporters to buy the club. There was, however, a small catch. Should the fans choose not to repay the loan, Benham would have the option to purchase the club outright, which is exactly what happened.

Now the sole owner of Brentford FC, Benham went about creating perhaps the most unorthodox club set up in English football.

To do this, he purchased the majority of shares in Danish Superliga club Midtjylland FC, and while emphasising that the two clubs would be run independently, he also hoped that they could share their experience and knowledge with each other.

By this he meant that he would experiment using Midtjylland FC to test his concepts, keeping the ideas that worked and binning what didn't.

He brought in more analytically-minded people that didn't have the same experience as traditional football club people, people who suited his vision and would help to implement his processes.

They stopped caring about the wins and the losses and instead focused on things like 'Expected Goals' to determine whether they were making any progress, and to chart said progress.

One of their key theories revolved around 'Expected Goals', where they rationalised that in a low scoring sport like football, which included variables like luck, the quality and quantity of goal chances created were what really mattered. It started to breed results.

Perhaps their most astonishing move however, came in their abolishment of the Brentford youth academy. While other clubs around Europe spend millions and millions on their youth academies for quite often very little return, Brentford opted to establish a "B Team" of 17 to 20-year-olds that were were not wanted at other clubs for various reasons.

Their key belief in this was that you had to give a young player at least 35 games to ascertain their real value and ability. The biggest and the richest clubs in the world don't have that kind of patience, however a small club like Brentford could afford to experiment.

Using this approach allowed them to uncover several hidden gems, discarded by other clubs in the traditional system who not only propelled their charge up the lower leagues, but also turned a huge profit for the club when sold.

While the results were not apparent straight away, over the course of the next decade the club improved across the board, to the point where they narrowly missed promotion to the Premier League 12 months ago and this week, finally succeeded in their long term strategy.

The truly staggering part comes here, should they be relegated after one season, Brentford FC stands to make, at the very least, $300 million USD. If they can survive for another season, that figure becomes $400 million USD plus. The longer they survive, the higher this figure goes.

In a sport that's so wedded to it's way of thinking, Matthew Benham is a maverick, whose unique approach saw him save the club he's loved all his life from bankruptcy, before leading them to their greatest heights in 74 years.

They are now at the top table, mixing it with the heavyweights of English football and one can only hope that this Cinderella story isn't over yet.