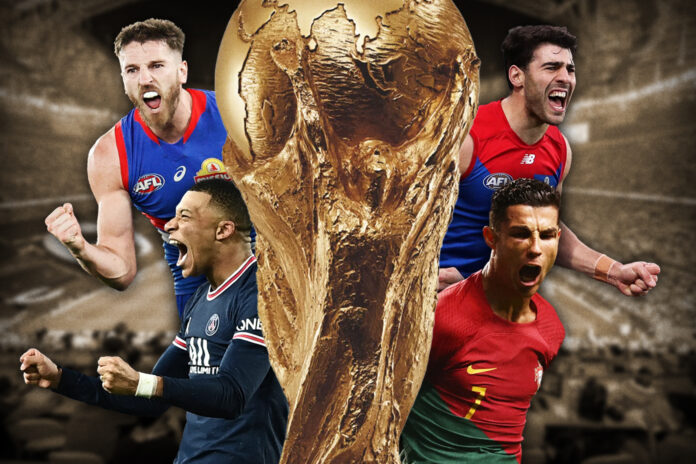 The World Cup is by far and away the most famous and most popular sporting competition on the globe.

Across the world, people will be squeezing into living rooms, tuning in radios and cramming into pubs to catch a glimpse of how their country is going.

Unfortunately for the Socceroos, they have been dealt a difficult group, making an already unlikely exit from the group stages even more unlikely.

Thus, in the case that they do get knocked out in the group stages, we have created a list of who you should barrack for based on your football team.

Poland, like the Crows, will not go into their campaign with the hope that they can reach the knockout stages (finals).

They both have one ultra-consistent underrated superstar who just continues to perform every single game.

These comprise of three-time Best and Fairest Rory Laird and 2020 Men's Player of the Year Robert Lewandowski.

However, unfortunately for them and their nations, they don't have the support around them to do any sort of damage when it comes to competing for the cup.

during the UEFA EURO 2016 Group C match between Germany and Poland at Stade de France on June 16, 2016 in Paris, France.
BackNext