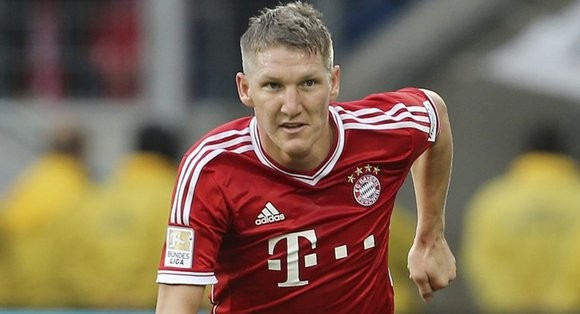 German captain Bastian Schweinsteiger is reportedly weighing up a move to Manchester United.

The Bayern Munich midfielder has been offered the promise of first team football by United, as they attempt to lure the World Cup winner to Old Trafford.

United have been heavily linked with a play for Schweinsteiger this transfer window, as he begins the final year of his deal with Bayern Munich.

The 30-year-old is believed to have his doubts about remaining at Bayern, after slipping in the pecking order under Pep Guardiola. He started just 15 Bundesliga games last season.

Read more at The Sunday Times