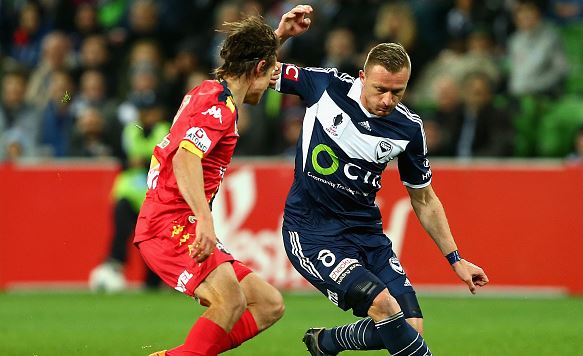 Check out all our previews and predictions for round one of the 2015-16 A-League season.

Both sides will be aiming to return their glory days of the two seasons ago, when Brisbane and Western Sydney met in the title decider. The Wanderers have had an enormous turn over of players in the off-season, after a disastrous 2014-15 campaign, despite winning the Asian Champions League. Brisbane on the other hand, have only signed four new players for the new season.

The Wanderers have added several new attacking options and it will be exciting and intriguing to see how they all gel together on the pitch.

The Roar look a bit light on in the middle of the park with Matt McKay on Socceroos duties and Luke Brattan quitting the club.

The Wanderers won't be at their best given the fresh faces are yet to play much together, but they will get better as the match and the season progresses and should get the job done at Pirtkek.

Melbourne looks the strongest team on paper again this season, having retained nearly all of their championship winning players, besides captain mark Milligan. However, the Victory found a handy replacement in Oliver Bozanic. Melbourne have had the wood over their bitter rivals recently, with the Reds not beating the Victory since February 2013. Adelaide will want to put in a strong showing in the opening game of the season against the Victory and will no doubt come out firing, after a 3-1 loss at AAMI Park in the FFA Cup quarter final.

Despite not beating Melbourne since 2013, Adelaide are undefeated in their last seven A-League home games against the Victory.

The Victory are not typically the fastest starters to a season and the fast surface at Adelaide Oval caused problems when the two sides met there last year, meaning a win may be hard to come by for either side.

The Glory are another club who have had a high player turn over this off-season. Last season's salary cap scandal rocked the club and resulted in several players seeking fresh starts at new clubs. They have lost some key players, with the likes  Andy Keogh, Danny Vukovic and Scott Jamieson all leaving the club.

It is vital that the Glory put last season behind them and get off to a winning start this season, both for the players and for the fans.

Central Coast also have a point to prove after a disappointing year last season. At home, the Mariners have lost only one of their previous 16 A-League games against Perth.

Melbourne City could finally pose a real threat this season, with the addition of some brilliant talent to its squad. The likes of Ivan Franjic, Corey Gameiro, Bruno Fornaroli, Thomas Sorensen, Aaron Hughes and Harry Novillo could propel City to title contenders. They face a tough task first up against last season's Grand Finalist, Sydney FC.

Graeme Arnold will have his team hungry for success after just missing out on silver wear last season. New Sydney striker Milos Ninkovic will be important in attack in a new look Sky Blues forward structure.

We're tipping a slight upset, with Melbourne City to get a first up win away from home.

The departure of Socceroo Nathan Burns has many predicting a tough season for last year's surprise packets, Wellingotn Phoenix this season. However, it is not all doom and gloom, with some decent additions to the squad.

The Phoenix should still be too strong for the revamped Jets side, with new coach Scott Miller at the helm. Wellington have lost just one of their past 13 A-League home games against Newcastle.

The Jets have lost their last three opening matches to an A-League season and have not scored in all three of these matches.