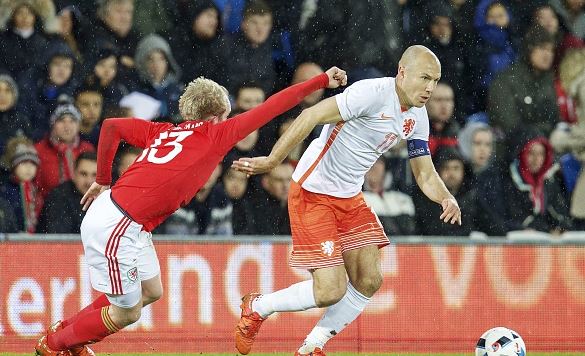 Manchester United could turn to Holland winger Arjen Robben in an effort to fix the club’s issues in front of goal.

The Mirror has reported Robben isn’t satisfied at Bayern Munich having missed the last two months with a torn stomach muscle.

The report suggested star striker Robert Lewandowski has formed a tight bond with speedy wingers Douglas Costa and Kingsley Coman and would prefer they remain in the side upon Robben’s return.

It could mean that Robben is available come the January transfer window, with van Gaal eager to pounce after watching his side score only three goals in its last five games.

Robben will turn 32 in January, but van Gaal still believes he can offer the club an experienced forward option for the next three seasons.