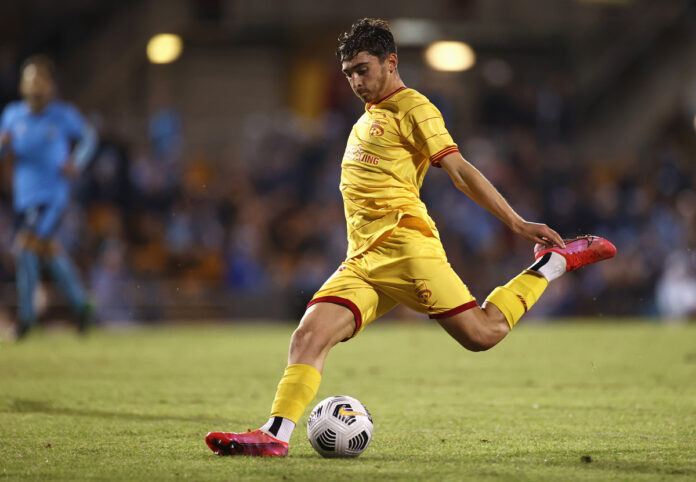 Adelaide United's Josh Cavallo has announced he is gay, becoming the only current professional male footballer known to do so.

The 21-year-old revealed his sexual orientation via social media on Wednesday, stating that he is "finally comfortable" to announce himself as gay to the public.

"I am proud to publicly announce that I am gay," Cavallo's message reads.

"It's been a journey to get to this point in my life, but I couldn't be happier with my decision to come out.

"I have been fighting sexuality for over six 6 years now, and I'm glad I can put that to rest."

The Adelaide midfielder continued to speak on the battles he faced before making a decision to announce himself as a gay professional footballer.

"For the people that know me personally, you'll know I'm a private person," Cavallo continued.

"Growing up, I always felt the need to hide myself because I was ashamed. Ashamed I would never be able to do what I loved and be gay.

"Hiding who I am, to pursue a dream I always wished for as a kid, to play football and be treated as equal never felt like a reality."

In a piece written to 10 Play in an interview with Simon Hill, Cavallo labelled Adelaide United as a family that have aided his decision.

"Through the support I have had, Adelaide United has made me realise football is more than just a game – it is a family. Adelaide United have played a big part in me being able to be my authentic self. It’s a club culture that doesn’t come around too often," Cavallo wrote.

"I also hope that examples such as myself and Thomas can change things for the next generation. Statistics show only 33% of young gay men play football in comparison to 68% of young straight men. That’s a lot of wasted young players missing out – players that could be very talented, but who don’t fit the norm. Perhaps we can play a part in saying that football accepts everyone – that you are all welcome?

"Coming to terms with being myself has been a very isolating and lonely journey. Football has been my safe haven. Being on the pitch was where I could concentrate on playing and winning. So the game, on some level, has saved me from going to that darker place.

"But right now, today, I am proud to speak my truth.”

Cavallo joined Adelaide in 2021 after previous stints with Western United and Melbourne City's NPL side.

The United midfielder becomes the only current footballer to announce they are gay, with previous players announcing their sexual orientation in the years following their careers.