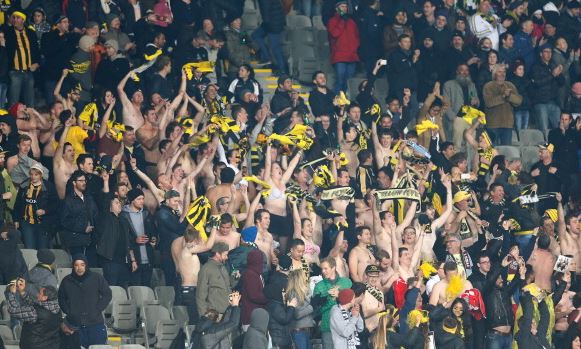 Professional Footballers Australia and New Zealand Football have both released statements regarding the FFA decision to reject Wellington's licence renewal.

Read the full statements below.

Speaking after talks  with the Phoenix players, PFA Chief Executive Adam Vivian said the future of the club must be resolved immediately.

“The uncertainty that now faces the Phoenix players and fans is unacceptable and impacts on the continued growth of the A-League,” said Vivian.

“The PFA acknowledges the complexities associated with the club continuing to participate in the A-League and will continue discussions with FFA and the Phoenix regarding the status of the club.

“However, players, like all workers, make career and life changing decisions based on the contracts they have signed.

“With many of the Phoenix players having contracts that go beyond the end of the season, this decision casts serious doubt over the likelihood of those obligations being honoured. In an environment where we are looking to retain and attract the best players, this is damaging.

“With negotiations ongoing for a new collective bargaining agreement, this further highlights the players’ concerns regarding contract security. It is essential to have contractual certainty in a professional environment. Without it, football cannot become the sporting career of choice.

“The demise of the New Zealand Knights, Gold Coast United and North Queensland Fury saw players lose in excess of $2.85 million in entitlements owed to them. This cannot continue as it’s hurting the growth of the game.

“Fans, like players, deserve certainty. They should not have to endure the prospect of their club disappearing. This is unheard of in most football nations.

“The PFA will continue to make every effort to ensure the wellbeing of the Phoenix players.”

New Zealand Football CEO Andy Martin has been in close communication with the club since Monday night and says the Phoenix play a pivotal role in the football landscape in New Zealand.

“We fully support the on-going participation of the Wellington Phoenix in the A-League,” Martin said.

“We have consistently stated that the Phoenix form a key part of the football development pathway in this country and play a major role in supporting our international teams.

“As such, we are consulting with the Phoenix, Football Federation Australia and Sport New Zealand on how we can collectively assist in ensuring the Wellington Phoenix retain their place in the A-League competition.”

New Zealand Football will comment further when we are in a position to do so.