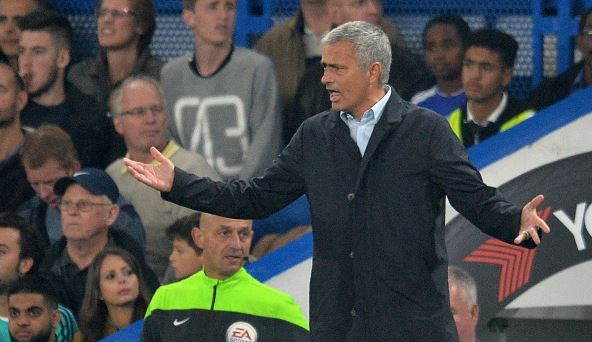 Chelsea manager Jose Mourinho has been handed a suspended one-match stadium ban and fined $105,000 for misconduct following comments made in the wake of his side’s recent defeat to Southampton.

Mourinho accused officials of being “afraid” to award his team penalties after Chelsea went down 3-1 to the Saints in the Stamford Bridge clash on October 3.

“When we are at the top I understand that there is quite a big pleasure in putting us down but when you are down I think you need to be a bit honest and to make clear that the referees are afraid to give decisions for Chelsea,” he said at the time.

However, the English Football Association has confirmed that the Blues boss had accepted that he breached regulations and warned the Portuguese that he faces further punishment for any more such outbursts within the next 12 months.

“Jose Mourinho has been given a suspended one-match stadium ban and fined after he admitted a breach of FA Rules in relation to post-match media comments,” a statement from the governing body read.