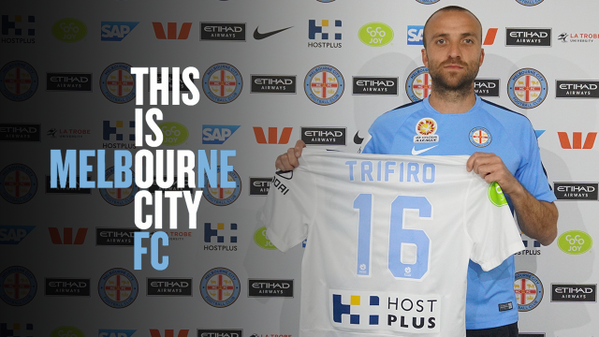 Trifiro made 37 appearances with Western Sydney after signing as one of the club's inaugural players in 2012.

The 27-year-old has spent much of the pre-season training with City, including an impressive performance against Manchester City in the club's pre-seson friendly against the EPL giants.

"Jason was impressive against Manchester City in the Gold Coast and has trained well with us during pre-season,” van’t Schip said.

“We’ve seen him perform for Western Sydney in the A-League and Asian Champions League and he will bring added depth to our midfield this season.”