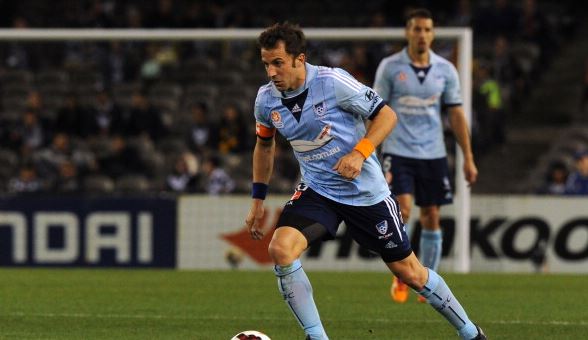 Since the inaugural A-League season 10 years ago, the role and therefore make up of international marquees has drastically evolved.

In early seasons, the role of the marquee was almost purely to put bums on seats, as players were recruited on name value and star power.

Unfortunately, in some cases, the abilities of the player were secondary to reputation.

I hate to keep bringing up the name Mario Jardel, but he was recruited as a marquee based on his amazing goal scoring record at Porto and his caps earned playing for the Brazilian national side.

This was despite the fact he could barely run and the fact he hadn’t played at a high level for many seasons.

Brazilian legend Romario was signed to a short-term deal and brought in plenty of fans, however his performances hardly set the league on fire.

His performances for the Fury and then the Glory, were solid, but the real success came in terms of commercial gains.

Casual eyes shifted towards the competition to see the great Robbie Fowler play. No one seemed to care that his time at Blackburn and Cardiff saw him feature only 16 times.

Fast forward to the 2015-16 season and the role of the marquee is now geared toward filling a role, rather than a stadium.

Arguably the best marquee player, in terms of performance, in the competition’s history is Brisbane Roar star Thomas Broich.

I’d even go so far to say he is the best player, once again performance wise, to ply his trade in the Australian competition.

In saying that, he hardly brings the attention that World Cup winning captain Alesandro Del Piero brought with his signing.

I’d even argue, name-wise, his signing was less celebrated than Jardel, and we all know how that turned out.

This season’s marquee signings include Filip Hološko and Federico Piovaccari.

To be perfectly honest I had only heard of these players due to my footballer manager addiction.

They’re surely not going to bring in the casual fans like Yorke, Kewell and Fowler did.

But they are going to fill very important roles in their club’s squad, and will arguably hold the key for each of their side’s title ambitions.

Last season, despite having Tomi Juric on their books, the Wanderers lacked that constant threat in front of goal.

Karem Bulut proved a revelation in his short time at the club, but his departure meant that the Wanderers were back to square one in terms of not having a talisman.

Piovaccari has a fair goal scoring record across many leagues and has 23 goals in his last three seasons.

The Wanderers needed a striker, and they signed one. He will be looked upon to provide a regular route to goal, and will be well paid to do so.

The efforts of Sydney FC’s Marc Janko have gone a long way to giving the new trend serious credibility.

Truth be told, despite his exploits across Europe, the majority of Sydney FC and A-League fans probably wouldn’t have known too much about him as a player.

After 16 goals, he will forever be remembered as a Sydney FC legend and one of the best marquee men to grace the field.

His performances brought fans in. His abilities in front of goal created buzz across the sporting community as he broke the goals scored in successive games record.

If Sydney FC fans didn’t know who he was upon his signing, they certainly do now and they love him.

He was no Del Piero in terms of name value, but many will argue he was far better value for money in terms of on-field performance.

Cross-town rivals the Wanderers will be hoping their marquee man can create something similar.

I still believe the ideal marquee man is an international star who can get the job done on the field. The use of the marquee spot to fill a need, rather than fill the stadium for a few rounds before the casual fans drop off, is a smart one.