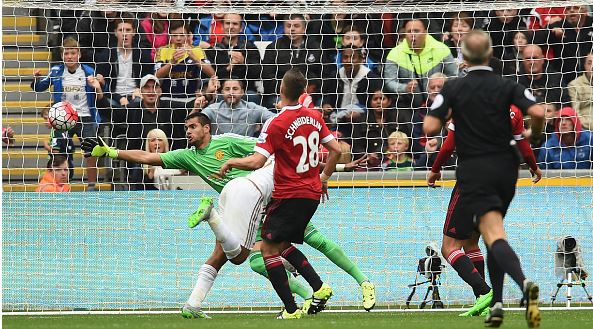 Swansea recorded a 2-1 win against Manchester United overnight, to complete a third straight victory over the Red Devils.

During the week, United boss, Louis Van Gaal said that his team would be keen to get revenge as Swansea was the only team to achieve the double and beat United in both matches last season.

Van Gaals' men scored first just after half time, through Juan Mata, but they perhaps should have been further ahead after causing the home side problems early, with Mata shooting wide twice and Depay having a great free kick saved.

Andre Ayew then equalized for Swansea in the 61st minute, before Gomis scored his fourth goal in as many matches for his new club, to give Swansea a 2-1 lead. And that's the way it stayed, with United unable to find an equalizer.

In the other match on Sunday, Southampton won 3-0 at home against Norwich, to win their first match of the season.

Get all the latest results plus the updated EPL table here