The reigning A-League champions have started another campaign undefeated after coming back from 2 goals down to force a draw in an action-packed Sydney derby. The club is looking slightly less formidable in the early days of the 2017-18 season compared to last year, with unconvincing performances thus far. However, the Sky Blues are still finding a way to bag points each round, a true sign of a high-quality outfit.

Melbourne City have stormed out of the gates this season, recording 3 consecutive wins, including a 2-1 victory over their Melbourne counterparts, to set the pace after 3 rounds. Having only conceded 1 goal over the 3 fixtures, City’s defensive structure is looking near-impenetrable, and will be put to the test in Adelaide on Saturday night. Ross McCormack’s free kick stunner should boost the Aston Villa loaned striker’s confidence, a renowned goal scorer who complements their elite defence in fine style.

Next Opponent: Adelaide United (A)

The surprise packet over the early season fixtures, Newcastle is sitting pretty in the top 2 after registering 2 wins and a draw, highlighted by a 5-1 domination in the Jets/Mariners derby. The Jets are playing with renewed confidence after finishing dead last in season 2016-17 with a grand total of 5 wins. The turnaround is largely thanks to Irish striker Roy O’Donovan, acquired from Central Coast in the off-season, who has netted 5 goals across the opening 3 games, giving him a clear lead in the golden boot and a source of hope for the Newcastle faithful. 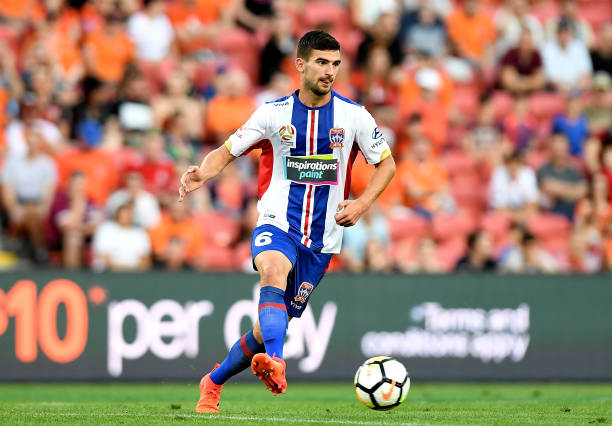 The Wanderers will be disappointed to let a 2-goal derby lead slip through their grasp in an electric atmosphere at Allianz Stadium, but can take positives out of having the Sky Blues on the ropes for the majority of the first half. A tough side to get a read on, the Wanderers have seemingly found their groove back, with caretaker coach Hayden Foxe leading an unbeaten start to the campaign. Set for an important away day against the in-form Jets.

Next Opponent: Newcastle Jets (A)

The Reds have started the season in pleasantly surprising form, with 1 win and 2 draws, including long flights to New Zealand and Brisbane, topped off with a heated ‘original rivalry’ against Melbourne Victory. Adelaide matched the star-studded Victory lineup’s aggression from the outset on Friday night, taking a 2-2 draw thanks to a stunning brace from midfielder Vince Lia, far from a regular goalscorer. Danish winger Johan Absalonsen has been a revelation for the club, proving a headache for opposition managers. 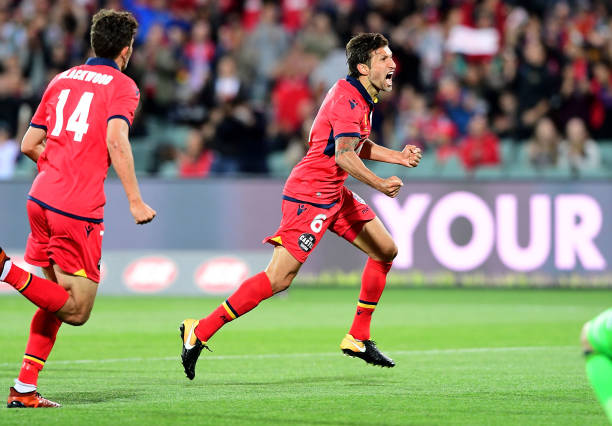 The Victory have experienced a severely underwhelming start to season 2017-18, failing to record a win against any of their 3 biggest rivals, despite 2 of the 3 contests being held at Etihad Stadium. Melbourne possess as much talent as any club in the A-League, yet has failed to yield the results expected over the early fixtures. Socceroo James Troisi is looking menacing without effecting the scoresheet, and alongside Besart Berisha could be the catalyst for a Victory revival. Can’t afford to drop points at Central Coast if they hope to keep pace with the ladder leaders.

Next Opponents: Central Coast Mariners (A)

Possessing one of the more lethal attacking thirds in the A-League, the Glory are clearly a dangerous outfit at top flight, yet have faced sides in rich veins of form to start the season. Away trips to Western Sydney and Newcastle, scary propositions for any side this season, left the Glory without a victory until the struggling Mariners came to town. Adam Taggart (3 goals in 3 games) has shown he knows where the goals are, complementing the creative genius of Diego Castro and the elite goal-poaching ability of Andy Keogh to full effect.

Next Opponent: Sydney F.C (A)

The boys from across the sea aren’t expected to create many waves this season, and certainly haven’t been aided by the early season fixtures. After drawing with Adelaide United at home, Phoenix has fought stoically in narrow away losses against Sydney F.C and Melbourne City, both elite A-League outfits. Wellington shouldn’t be disheartened by their results, with the draw opening up over the coming weeks. New Zealand international Michael McGlinchey is showing impressive form in the attacking third, creating plenty of chances in front of goals.

The only side yet to register a point in the 2017-18 season, Brisbane have stumbled out of the gates, leaking multiple goals in all 3 games. Fahid Ben Khalfallah, signed from Melbourne Victory over the off-season, is yet to repay the faith the Roar showed in him, leaving John Aloisi with more questions than answers ahead of a trip to Wellington.

Next Opponent: Wellington Phoenix (A)

Commencing their campaign with an embarrassing 5-1 drubbing in the hands of rivals Newcastle put the Mariners on the back foot from day dot, signalling possibly another grim season. Credit to the club, putting in more promising performances in the last fortnight without recording a win, and face a stern test against a desperate Victory outfit on Sunday. Connor Pain and Tom Hiariej have each created 6 chances on goal for the Mariners over their 3 contests, a shining light on an otherwise disappointing start.

Why VAR Must Adapt or Die in the Premier League

EPL, other leagues suspended due to coronavirus

Chelsea’s goalkeeping woes under the spotlight