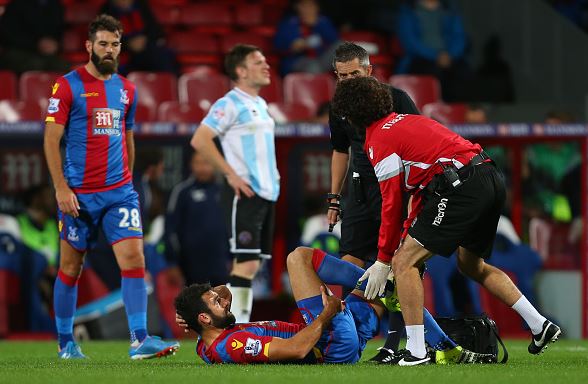 The Australian and Palace captain suffered a suspected hamstring injury in the side's second-round League Cup clash against Shrewsbury Town on Tuesday night.

"I'm a little bit worried about the skipper, he might have done a hamstring, but we'll have to wait and see," Pardew said.

"We think he might have done something a little bit long term, but we'll have to assess him in the morning."

Australia will be hoping Jedinak avoids serious injury, as the Socceroos prepare for two World Cup qualifiers against Bangladesh and Tajikistan in early September.