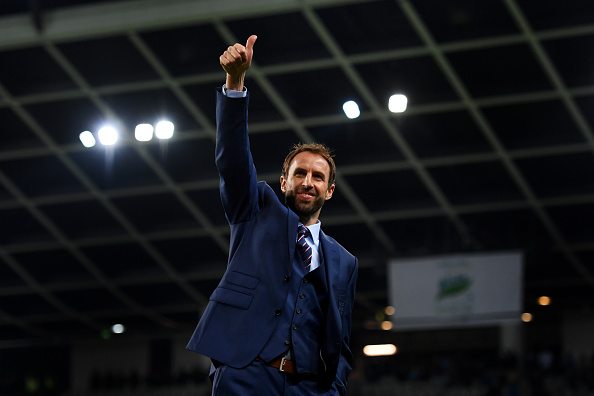 Unless you've just returned from a desert island, completely isolated from the outside world, it would be extremely hard not to have glimpsed footage of the incredible scenes coming out of London over the last few weeks.

England, against all the stereotypes they have created through their own historical dire displays of yesteryear, this week toppled the might of the German national team at Wembley.

There was an unprecedented level of fanfare going into this encounter, with the English faithful finally believing that Euro 2020 wouldn't be a false dawn as so many other major international tournaments have been.

The Three Lions, managed by the oft-maligned Gareth Southgate, hadn't exactly set their group alight despite going undefeated - without conceding a single goal - throughout the opening stages.

A 1-0 win over Croatia and a frustrating stalemate against arch rivals Scotland, followed by a narrow victory over Czech Republic sewed the seeds of doubt into fans minds regarding the true legitimacy of this England side.

Raheem Sterling - despite scoring both of England's group stage goals - remained a whipping boy of English fans, while star striker, Harry Kane, hadn't been able to find his feet at the tournament.

That was the extent of their real problems, however, with the rest of the squad looking relatively solid compared to those who had gone before.

Leeds breakout box-to-box midfielder, Kalvin Phillips, was the consistent star for Southgate and his side, shuttling up and down the ground and providing the creative spark in the form of an assist for the opening goal of their campaign.

Jack Grealish didn't feature in the opener but did so in each of the following fixtures, setting up the only goal against the Czech Republic, with many fans furious that he hadn't been given more of an opportunity earlier in the tournament.

At the back, Manchester United centre-half, Harry Maguire, and cross-town rival, John Stones, proved a solid pairing, with combinations of Kyle Walker, Kieren Trippier and Luke Shaw looking sharp down the flanks.

Germany was an opponent, however, that wasn't up to the same level of previous dominant squads.

They'd lost to France in noble fashion, romped home against Portugal unexpectedly in an emphatic display in Munich, and then fought out a lacklustre draw against minnows, Hungary.

Joachim Low had recalled experience for this tournament to compliment his relatively young side, with Thomas Muller and Mats Hummels coming back into the fore.

Despite their form, they are still one of the world's best on their day, and England would have to play unlike their predecessors and deliver a calm, assured, mature-yet-deadly performance.

The first half of the tense encounter was fairly even, with both sides registering the same amount of shots and having similar opportunities to break the deadlock.

The best chance arguably came from Sterling and Kane, after the former nicked a wayward back-pass from Muller, running at the German backline before squaring it to the Spurs captain, with a bad first touch letting him down and snuffing out the chance.

An early Kai Havertz rocket in the second half forced English keeper, Jordan Pickford, into a cat-like save, tipping the sizzling strike over the bar and putting England fans' hearts in mouths.

Grealish was subbed on in the 69th minute for Arsenal's jack-of-all-trades, Bukayo Saka, and it didn't take long for the Aston Villa wizard to have a hand in setting up one of the most important goals in England's history.

Faking onto his right as if he was wanting to curl one into the top corner, Grealish found Shaw on the left, who lashed in a low cross directly into the run of Sterling, who slammed it into the back of the net and triggering the very definition of 'limbs.'

Is this the goal to take the Three Lions to the quarter-finals? 😅

Nevertheless, Germany were still just a goal behind and with just ten minutes left in the match, the roles were reversed from the first half with Havertz this time intercepting Sterling's horrible back-pass and sending Thomas Muller through.

The English were at the mercy of the Bayern Munich forward in those fleeting moments and - to their utter disbelief - the World Cup winner blasted it wide when everyone, both at home and around the globe, thought it was destined for the bottom corner.

What sets this apart from all other instances that England have sung"it's coming home" is that there will be scarce genuine heavyweight opponents left to face should they beat Ukraine on Saturday night.

Belgium and Italy will do battle on Friday night, so too will Spain and Switzerland whilst Denmark and Czech Republic face each other only hours before England's date with destiny.

With both tournament favourites in France and Portugal sent packing, along with Germany, things have gotten a whole lot easier for the rest of the competition.

England's next opponent - should they beat Ukraine - is either the Czech Republic or Denmark, the former of which they'd be hoping to draw considering their group stage result.

It would be hard not to dream big if you're English, whether that be a player or fan, with the road to glory being one of the easiest they've had in decades.

All they have to do now is not throw away their shot.

The result against Germany silenced Southgate's doubters, and finally showed the immense talent and potential that this generation of English blood can do on the biggest stage of all.

Now, it is up to them to show this isn't another false dawn.

Now, it is time to bring it home.