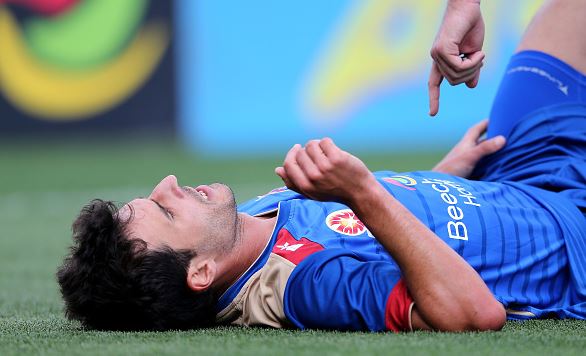 Newcastle Jets have confirmed striker Labinot Haliti is set to miss the rest of the Hyundai A-League season due to an ACL injury.

Speaking at his pre-match press opportunity ahead of the Jets’ clash with Melbourne Victory at Hunter Stadium on Friday night, Newcastle Coach Scott Miller told reporters that Haliti had suffered the injury early in last weekend’s 1-0 loss to the Sky Blues.

Haliti received an initial scan on Monday before getting a second opinion on Tuesday.

Lamentably, the results came back the same.

“We are very disappointed for Labi,” Miller said. “He will be out until the end of the season.”

“Structurally when it was tested on the pitch it suggested it wasn’t too severe, but on reflection the specialists have suggested that he will need an ACL reconstruction.”