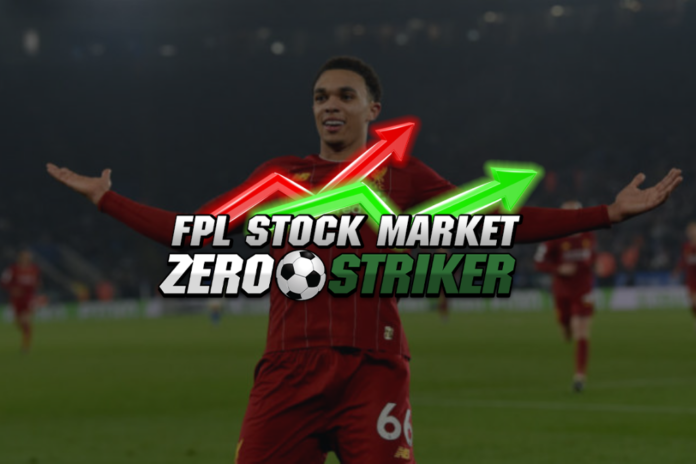 Fantasy Premier League is one of the most hotly contested fantasy games across the globe, with each player dreaming of the ultimate glory whether that be bragging rights or a financial reward.

FPL Stock Market is a new series on Striker where each week we analyse who had a great week, who had a not so great one and what potential transfers you should do before the deadline.

Let's see what gameweek six had in store.

In the off-chance you had Hause in your side, you would've been jumping for joy after his goal and clean sheet at Old Trafford to secure Villa the win.

The Englishman scored 16 points making him the highest scorer of game-week six however you wouldn't want to get him into your side for future matchdays with the 26-year-old only featuring because Axel Tuanzebe was ineligible to face the Red Devils.

The Portuguese keeper made six saves, kept a clean sheet and chalked up an assist in Wolves' win at Southampton for a grand total of 14 points.

With some fixtures coming up against Newcastle, Villa and Leeds, Sá has the possibility for some decent points with a clean sheet against the Geordies a do-able feat.

The young Englishman tore apart Spurs with a goal and an assist at the Emirates to rack up 13 points.

Despite a slow start to the year Mikel Arteta's side don't have the toughest run of fixtures in front of them against Brighton and Palace Saka might yet get some big hauls in the weeks to come.

The main man for United had a stinker - as did his team to be fair - with a real chance for a big points haul blown in a match they really should have won.

Ole Gunnar Solskjaer's side do have a tough five matchdays coming up so perhaps Ronaldo might be one that you choose to trade out should you wildcard it over the international break before game-week 8.

The usually industrious right-back had a subpar outing against Brentford with no clean sheet and no assists on a frustrating afternoon for Liverpool for a grand total of one point.

Although the Reds do have some very tough fixtures coming up as we know Liverpool's fullbacks double as the fourth and fifth attackers in Jurgen Klopp's setup, so if there are going to be goals chances are they will be provided by Trent.

Lukaku has had a quiet couple of weeks with the latest match being a 0-1 loss to Man City at home and only managing two points.

However as you will see in the 'transfer in' section, Chelsea are the team that you will be wanting to load up on for the next few game-weeks considering their fixture list.

If there was a time to play your wildcard it'd be before game-week eight, with Chelsea having a solid two month run of easy fixtures.

Antonio Rudiger is ideal if you want to have someone in who is practically nailed on to start every game, with the centre-half playing every minute for Thomas Tuchel's side.

With the Blues likely to keep a clean sheet in most of those games, it's a no-brainer to draft in as many defensive players from the south London side as possible.

The only downside here could be the Champions League with Tuchel set to rotate players so his side can be fresh for the influx of fixtures to come in the approaching weeks.

Having kept a clean sheet against Norwich and Burnley, there is no reason why with Arsenal's run of fixtures that they couldn't do so some more.

Ramsdale was superb for the Gunners against Tottenham on Sunday despite not being able to keep a clean sheet and will be looking to cement his spot as Arteta's no. 1 over Bernd Leno.

Sitting at just £4.5 and selected by just 2.2% of players, Ramsdale could be a bargain buy all things considered.

Yes we know, the Mexican forward has been out of sorts for most of the season but for a position that relies so heavily on confidence, his drought-breaker against Southampton might just be the one that kicks him back into gear.

With just 4.2% of players owning the 30-year-old, this one is a bit risky. If it pays off you would have stolen a march on the bulk of players, but you'll look like a stooge if it doesn't.

Wolves have some favourable fixtures coming up against teams around them and considering their expected goals (xG) are so high, it seems like it's a matter of time until they start flying in consistently.

Game-week 8 seems like the perfect time to play your wildcard, with an international break giving players time to study the market and pick a whole new side if they wish to do so.

As mentioned earlier, Chelsea defenders seem like the way to go with their run of fixtures being so favourable in the coming weeks.

With West Ham too having a run of fixtures after game-week 7 that could be tricky it might be wise to start looking for cheap strikers other than Michail Antonio, who features heavily in so many people's teams.

Following their fixture with Liverpool it also may pay dividends to bring some Man City players in with the likes of Grealish and Foden perhaps being integral towards the busier portion of the season.