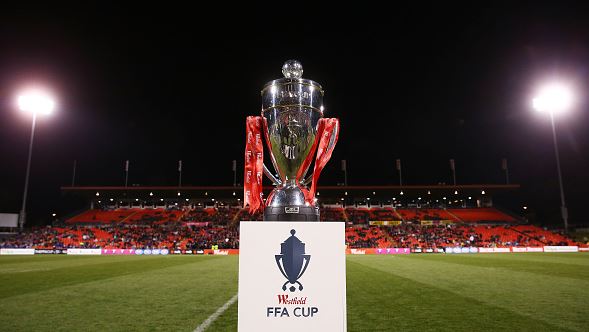 The Westfield FFA Cup Round of 32 kicks off again on Wednesday night, as eight teams do battle on the first match day.

All 16 Round of 32 matches will take place over the next three weeks, as the third instalment of Australia's premier cup competition gets underway.

Hume will be looking to emulate last season's dream Cup run, as the NPL Victoria club made a semi-final appearance in last year's edition.

Marconi may be in NSW NPL 2 but boast a number of ex-A-League players, with the likes of Sean Rooney and Marko Jesic leading the lines.

Amazingly, both clubs parted ways with their head coaches on the same in the past week, so both coaches will be taking control of their first FFA Cup game for their respective clubs.

City are the favourites for the clash, and the home ground advantage should be enough to see them progress to the next round.

A western Sydney derby is on the cards in the night's second match, as the top two clubs in the NPL NSW will face off for a spot in the Round of 16.

United lead the NPL by some margin, and boast the likes of former A-LEague players Chris Payne and Eddy Bosnar, and are coached by one of Sydney FC's best ever players, Mark Rudan.

City will not be overawed by their opponents however, as they are the only side that have beaten United so far this season, winning 3-2 in the early rounds of the season.

Blacktown are at home and will fancy themselves against Sydney, but United should have what it takes to get the away win.

The Heat will be looking to make it third time lucky in this year's FFA Cup, after being knocked out in the Round of 32 in successive years to Sydney United and Oakleigh Cannons.

Edgeworth almost caused one of the biggest upsets in the Cup's history after leading 1-0 against Melbourne City last season, before an Aaron Mooy double got the A-League side out of trouble.

The Eagles have ex-A-League star Daniel McBreen in their line-up, and will be looking to travel up north for a spot in the final 16.

Both sides are in positive league positions, so the home ground advantage for the Heat may be just enough to see them progress.

Rovers were only promoted to the Darwin Premier League at the beginning of the season, but after knocking off last year's NT representatives Olympic, Rovers have claimed their spot in the FFA Cup and will be hungry to progress given their somewhat rare opportunity.

Brisbane were in the competition last season but we're knocked out at the Round of 32 stage, but have enough talent in their side to go one step further this time around.

The Strikers are expected to have too much class for Darwin on Wednesday night, but it wouldn't be the FFA Cup without an upset.