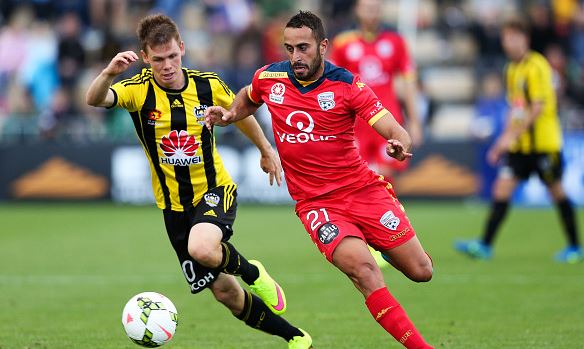 Adelaide United defender Tarek Elrich has extended his contract with the Reds until the end of the 2017-18 season.

Elrich will now be an Adelaide player for the next three seasons, after extending his current contract for an extra year.

Elrich earned his first Soceroos cap in March this year, after joining Adelaide in July 2013 and becoming one of premier defenders in the competition over the past two seasons.

“It feels really good to extend my contract for another year,” Elrich said.

“We’ve been talking about extending my contract for a while now and we wanted to sort it out before Michael (Petrillo) left and he’s been a big help in the process.

“I’ve really been enjoying my time here in Adelaide and I’ve now been part of the Socceroos squad as well and to have the security of my club football with United leading into a World Cup is massive."