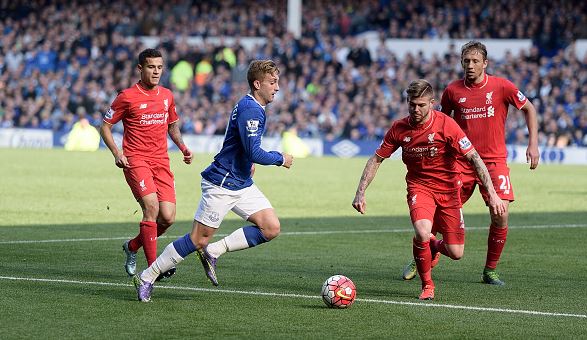 The 224th Merseyside Derby has ended in a third successive draw as Liverpool and Everton played out at times an entertaining 1-1 draw at Goodison Park overnight.

The big story to come out of the game however, was the sacking of Liverpool manager Brendan Rodgers, who had been at the helm for three seasons.

Liverpool took the ascendancy heading into half-time, with Danny Ings scoring his third goal in five games since arriving from Burnley in the summer. Ings found a pocket of space from Milner's corner to head home unmarked.

However, the lead barely lasted five minutes as Emre Can's poor clearance fell into the path of striker Romelu Lukaku who smashed home the equaliser for the toffees on the stroke of half-time.

Everton had the better of things in the second half, but we're unable to find a winner, forced to settle for a point.

The Blues remain just two points away from the top four in seventh, while the Reds sit mid-table with a long international break to endure.

Alexis Sanchez and Mesut Ozil punished Manchester United after both scored in their 3-0 win at the Emirates in what was a rampaging start.

Sanchez put the Gunners ahead with a beautiful goal, using the inside of his boot from close range after six minutes.

Ozil then doubled the advantage 60 seconds later, finishing a move with a cleanly taken shot. Arsenal fans were then on cloud nine, when on 19 minutes, Sanchez scored a third with his drive from outside the box threatening to take the netting off David De Gea's goal.

Arsenal then managed to see out the game comfortably, recording their biggest win over United in 17 years. The Gunners now leap-frog the Red Devils into second place, strengthening their title credentials with a win over their rival.

Click here to see all the Match Day eight EPL results, plus the updated EPL ladder