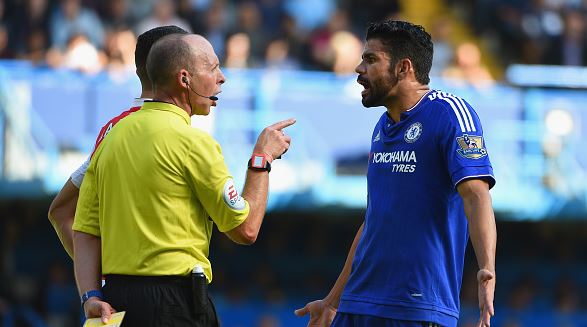 Chelsea striker Diego Costa has been banned for three matches after being charged with violent conduct following Chelsea's spiteful 2-0 win over Arsenal on the weekend.

Arsenal's Gabriel, who was sent off during the match for kicking Costa, had his red card rescinded and his suspension overturned after the FA reviewed the incident.

“An FA charge against Diego Costa for violent conduct not seen by the match officials but caught on video has been found proven following an Independent Regulatory Commission hearing,” said the FA in a statement.

“The Chelsea forward will, therefore, serve the standard penalty of a three-match suspension with immediate effect.”

In a statement, Chelsea said: “We are extremely disappointed with the FA Regulatory Commission’s decision to suspend Diego Costa. We will await their written reasons before commenting further.”