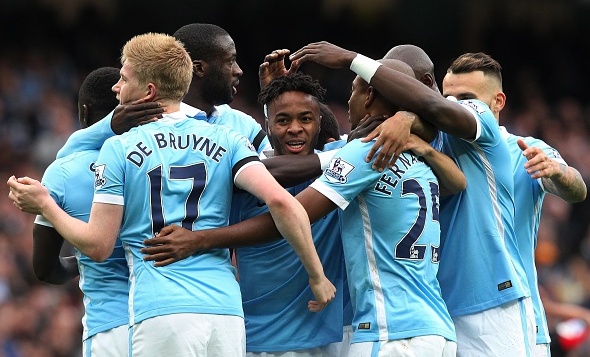 Manchester City remain atop the EPL table after a crushing win over Bournemouth, while the other half of Manchester tasted success against Everton, running out easy winners at Goodison Park.

Jurgen Klopp took charge of his first Liverpool match, coming up against Tottenham at White Hart Lane. Klopp will be happy with the 0-0 result considering the slim playing list that the Reds had.

It was an end-to-end affair with both sides having plenty of chances to win the match. Liverpool striker Divock Origi came closest for the Merseysiders with a header striking the post late in the first half.

Harry Kane and Christian Eriksen couldn't quite crack the Liverpool defence who were well served by Mamadou Sakho and keeper Simon Mignolet. Both attacking midfielders in Erkisen and Philippe Coutinho lacked influence on the game, after being stifled by both Lucas and Dembele respectively.

Without star striker Sergio Aguero, it was AUD$104 million dollar man Raheem Sterling who rose to the challenge. He and Bony both scored inside the opening 11 minutes and the former Liverpool man added two more after a Glen Murray reply for Bournemouth. Bony wrapped up the scoring in the closing minutes to make it 5-1.

City remain two points clear of Arsenal at the top, while Bournemouth sit just one spot outside the relegation zone.

Manchester United responded to their 3-0 flogging at the hands of Arsenal a fortnight ago to inflict a 3-0 win of their own against Everton at Goodison Park.

Goals from Morgan Schneiderlin, Ander Herrera and Wayne Rooney, returning to his former club, sealed the points for the visitors.

Rooney's strike came mid-way through the second half and was his 187th Premier League goal, putting him joint second in the competition's all-time scoring rankings, level with former United striker Andrew Cole.

United now retain their place within the top four, while Everton sit mid-table ahead of cross-town rivals Liverpool.

Watch all the overnight goals including Sterling's hat-trick here

Arsenal have claimed a fourth away win in five games ahead of a midweek visit from Bayern Munich, after dispatching of Watford 3-0 at Vicarage Road.

Chilean international Alexis Sanchez made the breakthrough just after the hour mark with his seventh goal in four games. Six minutes later, Olivier Giroud drove in from Mesut Ozil's pass and shortly after, Hector Bellerin was allowed to cut in from the right and pick out an unmarked Aaron Ramsey for the third goal.