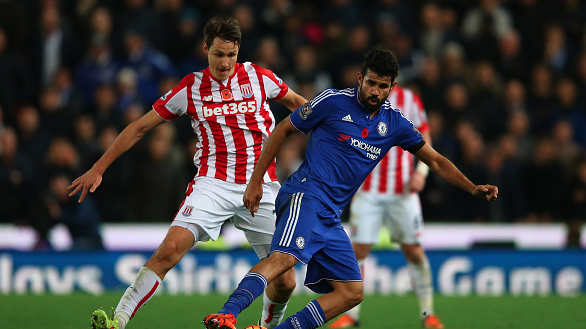 Marko Arnautovic’s second-half strike was enough for Stoke to beat Chelsea 1-0 at the Britannia Stadium and add to the Premier League champions’ troubles.

Twelve games into the campaign, Jose Mourinho’s men are now just three points above the relegation zone and 14 points behind Manchester United in fourth.

The last time they endured this start, they were relegated from the top flight.

Here are just some of the statistics that highlight how badly things have gone for the Blues so far this season:

- Mourinho has lost seven league games in a campaign for the first time as a manager.

- Chelsea have lost three league games in a row for the first time since October 1999.

- Chelsea haven’t kept a clean sheet in any of their last eight Premier League away games.

- The last time Chelsea lost seven of their opening 12 games in the top flight, they were relegated.

- No side in Premier League history has finished in the top five having taken 11 points or fewer from their first 12 games.