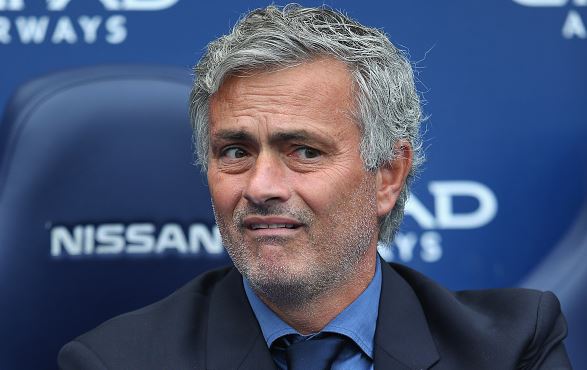 After going winless in their opening two Premier League fixtures this season, critics, rivals and even fans of Chelsea Football Club are writing the off the reigning champions.

Social media went into meltdown across the globe on Monday morning (AEST) after the London club was beaten 3-0 by the side most likely to challenge for their crown, Manchester City.

The defeat follows a disappointing 2-2 in the opening round of the season at home to Swansea City.

Unfortunately, Jose Mourinho has also been caught up in a very public row with club doctors following his criticism of their entrance to the playing field as Chelsea were chasing a late winner.

Despite the slow start, it’s way too early to write off the side who captured last season’s premiership trophy in little more than a canter.

To write off any Mourinho led side so early in the season is fraught with danger, especially when it looks as though the ‘Special One’ is about to splash some cash in the transfer market.

Chelsea have already completed the signing of 21 year-old Ghanaian left-back Baba Rahman and Spanish winger Pedro and are looking to strengthen their defensive stocks with another bid for Everton centre back John Stones.

Although the latest bid of £30 million has been rejected by Everton, reports indicate a bid closer to £40 million will push the Merseyside club’s hands.

Rahman and Stones will provide youth, and pace, to Chelsea’s aging backline, with club captain John Terry well on his way to turning 35 and fellow defender Branislav Ivanovic also on the wrong side of 30.

Meanwhile an opening bid has also been reported to have been submitted for 24 year-old striker Antoine Griezmann. Once again the bid is expected to be rejected, but Chelsea are showing intent.

Without detailing each of the club’s supposed transfer targets, it’s easy to see that Mourinho is targeting younger, faster, defenders, and an alternate attacking option to add to the squad.

Unfortunately for Chelsea, the club’s top line striker Diego Costa seems to still be struggling with injury, while there is a significant drop off to back up options Remy and Falcao.

The addition of Grizemann would ease the pressure on Eden Hazard and Cesc Fabregas, who are expected to provide creativity.

That being said, even if Chelsea were to fail to add to their squad, the large majority of their squad remains from last season’s all conquering championship campaign.

It’s hard to see a squad containing the likes of the aforementioned Hazard, Fabregas and Costa, as well as Willian, Oscar and Ramires, struggling to score goals.

Meanwhile John Terry and Gary Cahill are arguably well in the top three defensive partnerships in the competition.

Nemanja Matic is one of the best defensive midfielders in the country, while Courtois is an absolute monster between the sticks.

That’s without making mention of the Mourinho factor. The Chelsea manager has an incredible three Premier League trophies in five campaigns as manager.

Chelsea may not be able to replicate their title winning achievement of last season, however, to write them off after two games and one off-field distraction is premature.

Once again, it is only two rounds into a 38 round season, however, the top four has a familiar looking make up to it with the two Manchester sides and Liverpool featuring.

However, even at this early stage, I don’t think too many were predicting the club completing the undefeated top four, would be Leicester City.

The Foxes have enjoyed a dream start to their campaign with two wins from two games.

Their latest scalp was that of West Ham United, who beat Arsenal 2-0 on opening day in front of a capacity Emirates Stadium.

This followed their amazing 4-2 victory over Sunderland, which announced the newly promoted side’s intentions for this season.

A lot can happen over the next 36 games but they could not have hoped for a brighter start to the season.

On the opposite end of the table right now sits Sunderland, who have suffered two straight losses to start the season.

With all due respect to both sides, neither Leicester City nor Norwich City are in the class needed to challenge for end-of-season honours and as a Sunderland fan you could have expected at least three points from the opening fortnight.

Dick Advocaat certainly has his work cut out for him. Unfortunately, unlike Mourinho, he doesn’t have the likes of Hazard and Costa to call upon and he certainly does not have the transfer market muscle afforded to the Chelsea boss.