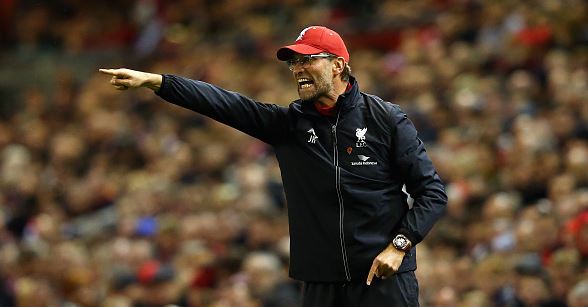 Manchester United have bundled Liverpool out of the FA Cup after a dramatic 3-2 victory at Old Trafford.

Both teams made a number of changes to their teams who met at Anfield just a week ago, with United’s main man Bruno Fernandes and Liverpool winger Sadio Mane headlining the absentees.

Liverpool managed to find some attacking synergy which had been desperately missing in recent times as Mohamed Salah had put Liverpool ahead in the 18th minute.

However United responded in quick time after Marcus Rashford played a delicious ball through for Mason Greenwood, who was able to finish despite the best vocal efforts of Andy Robertson.

Greenwood’s goal helped release a small pressure valve that was building on the 19-year-old.

Greenwood then returned the favour in very similar fashion as Rashford put his shot past the out stretched hand of Allison in the 48th minute.

Marcus Rashford, as cool as you like 🧊#EmiratesFACup @ManUtd pic.twitter.com/zHlYtBXMW7

United had been good value for their lead at that point but another defensive lapse in a game that was seemingly littered with errors at the back.

Salah made no mistake and the game was back on.

Paul Pogba again put in a monster display for United and began to boss the game in midfield as United worked towards a winner.

United won a controversial free kick on the edge of the area, ironic after Jurgen Klopp criticised the amount of penalties United had been awarded, particularly since the arrival of Fernandes.

Fernandes was on the left-edge of the area but and after some advice from striker Edison Cavani the Portugal midfielder struck a powerful free-kick into the keepers side of the wall and fired United into the lead for a second time.

United held on rather comfortably and even hit the post via the head of Edison Cavani towards the end of the game.

United will host West Ham in the next round of the FA Cup.

European Super League in tatters after EPL clubs back out

Super League: who, what, where, how and why?