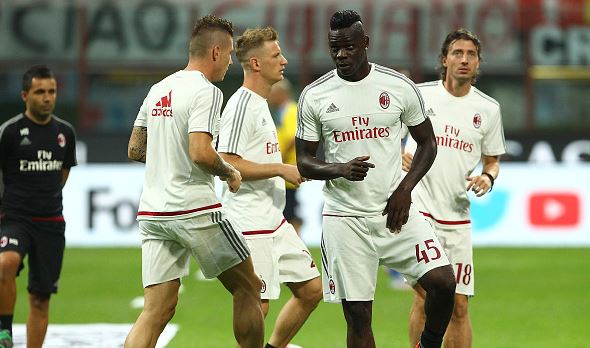 New AC Milan signing Mario Balotelli has been told to lose weight before he can be selected in the senior squad.

Milan boss Sinisa Mihajlovic said that Balotelli has been placed on a diet in order to lose a few extra kilos.

“He’s not played for a while and he still has to improve,” Mihajlovic told La Gazzetta dello Sport.

“He’s training well and his physical tests are satisfactory, but he’s three kilogrammes overweight: he’s on a diet and when he’s ready he will play.”