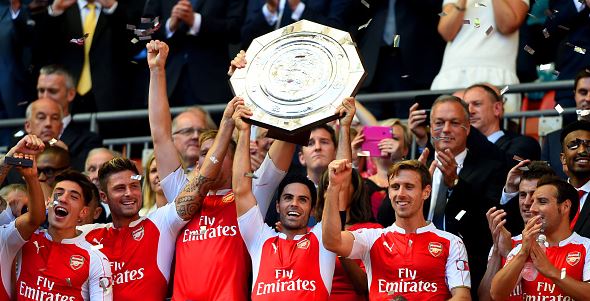 Arsenal has won its first piece of silver for the season, beating Chelsea 1-0 in the Community Shield.

Petr Cech lined up against his old side for the first time, and showed no signs of nerves, as he was calm and confident in goals for Arsenal.

The Gunners were extremely impressive against the reigning Premier League champions, as they managed to shut down Chelsea's star studded midfield.

Alex Oxlade-Chamberlain scored the only goal of the match in the 24th minute, with a powerful strike into the top corner.

Oxlade-Chamberlain received the ball on the edge of the right hand side of area, before cutting back in towards goal and driving the ball in the top left hand corner of the net.

Chelsea had several chances to equalise during the second half, but failed to trouble their former teammate in goals.

In another chapter of Arsene Wegner and Jose Mourinho's bitter rivalry, Mourinho congratulated every Arsenal player on the win with a hand shake, but turned his back on the Gunners' manager.