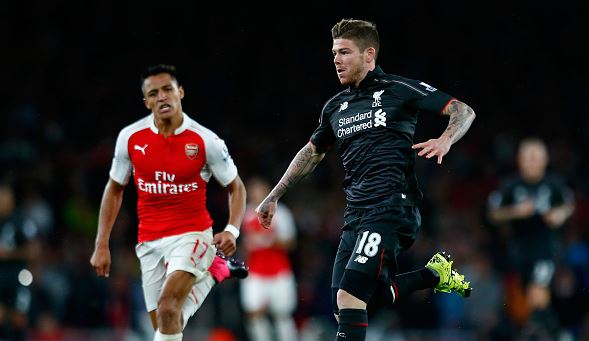 Liverpool has kept its undefeated start to the season alive, after a 0-0 draw with Arsenal at the Emirates, in a game in which the goal keepers were the stars of the show.

Petr Cech saved Arsenal from two certain goals with two brilliant saves in the first half, before Simon Mignolet also pulled off some outstanding saves to keep his side in the match late in the second half.

Arsenal started without centre backs Per Mertesacker (ill) and Laurent Koscielny (back injury) for the first time in a Premier League match since April 2012 and Liverpool took advantage, having the better chances in the opening half.

However, the Reds were denied by Petr Cech. Christian Benteke looked certain to score when Roberto Firmino's loss cross found the Belgium international in the box, who tried to tapped from close range, before his shot was somehow poked wide by Cech.

The former Chelsea goalkeeper then made another brilliant save just before the break, managing to get fingertips to a long range Coutinho effort that would also have found the back of the net.

However, Arsenal should have had the lead after eight minutes when Ramsey finished off a delightful piece of play by the Gunners, only to be incorrectly called offside.

The home side then controlled much of the possession in the second half, with Liverpool only coming close to scoring via some well timed counter attacks.

Simon Mignolet parried away a close shot from Giroud, before diving to his left to keep out a long range effort from Ramsey.

Neither side could find a winner, with both teams likely to rue missed chances.

The draw puts Liverpool in third spot, two points behind leaders Manchester City, while Arsenal sit ninth, with one win, one draw and a loss.