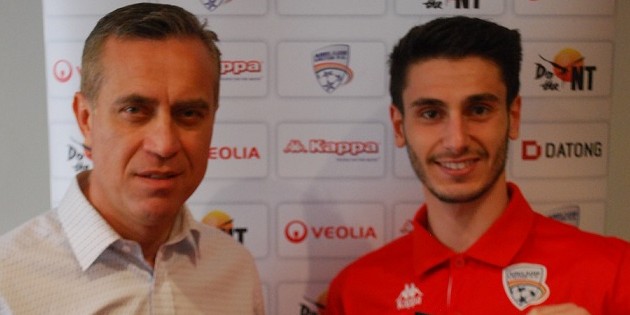 The 18-year-old has signed with the Reds for next season, with the option of signing for a second season.

Mells left Australia at the age of 12 to join Chelsea's youth program, before moving to Southampton at age 14.

“It’s a fantastic feeling to have signed for Adelaide,” Mells told the club website after completing his move.

"It’s a great opportunity for me to finally play some senior football and the Club have a great philosophy especially with the Spanish influence through the coaching staff.

“When I spoke to Josep it was clear that he promotes a very Spanish-like style, which is the type of game that suits me and it was one of the main reasons why I chose to come to Adelaide.

“It’s a very strong team and I’m honoured that the Club has given me a place in the team for this season and I’m looking forward to having another successful season like they did last season."

FC Zurich 2-1 Heart of Midlothian: Swiss champions come back to...