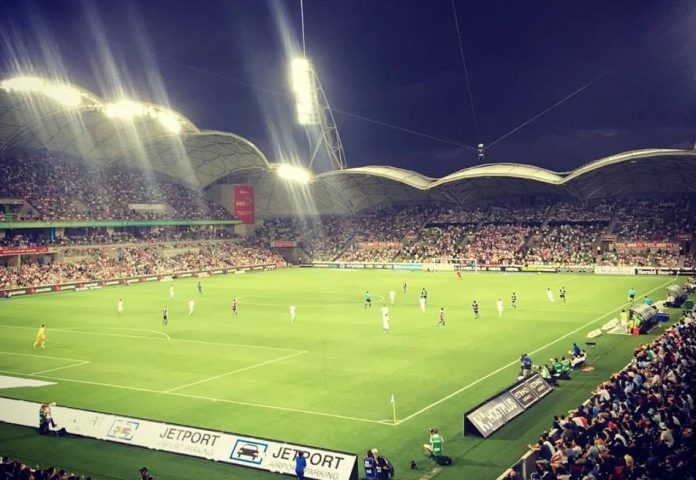 Adelaide United, despite their draw with Sydney FC on Friday Night, are in a rich vein of form right now have gone ten games unbeaten. The draw with the Sky Blues may have halted their four-match winning streak, but they now sit comfortably inside the finals positions and are in a great spot to launch an assault for a home final. Incredibly Adelaide went one-nil up inside the first two minutes when Sergio Cirio benefited from a horrible clearance. Cirio would score a second before half time, although after each goal Sydney FC were able to draw level. Although they had their chances late, Sydney closed the better side, so Adelaide are likely to be more than happy with their point.

Brisbane responded well last week to their round 16 loss, beating Sydney FC 3-1. They made it two wins in a row in dominant fashion when they powered past the Mariners to the tune of four goals to nil. Although the Mariners were reduced to ten men with twenty minutes to go, the game was well and truly over by that stage. Their two first-half goals came from very different sourced, with Jade North scoring only his fifth goal of his career, while Jamie MacLaren scored his tenth of the season. Goals to Corona and Henrique, who continues his incredible run of goals coming off the bench, put the game well beyond the Mariners.

It may have taken the Wanderers til the 89th minute to hit the back of the net, however it will be the fans in Western Sydney who will be far happier on the night. Brendon Santalab’s screamer nabbed the Wanderers a point they richly deserved, having bossed the game for the entire second half. The Wanderers had 62% of possession across the 90 minutes, had 15 shots to the Victory’s five and registered 35 crosses to eight. Although the Victory were in front for 73 minutes, they were lucky to escape with anything following a late flurry in stoppage time by the Wanderers. If you’d watched just the second half, you’d have no idea how this game finished 1-1.

I wish I could drop City further than the two spots following their shock loss to the horribly out of form Newcastle Jets. Sometimes high flying sides dominate the lower ranked sides across all the stats yet can’t find the net, but this was not one of those occasions. City shaved possession but created one less opportunity than their hosts, and in the end Fornaroli’s beautiful late goal was nothing more than a consolation. Melling’s 64th minute send-off made it hard for a side who were already chasing the game, however given their attack, and Newcastle’s form coming into this game, the early money would have still been on a 10-man City side doing the job. It wasn’t to be.

The Glory probably should have leapfrogged City on the back of their third straight win, however their performance against the horribly out of form Phoenix was not their best. Only three shots on target against the league’s third worst defence won’t send a shiver down too many opposition fans spines, however they did manage to bag three points on what, until recently, has been a difficult away trip. Chris Harold’s goal halfway through the first half proved to be enough to wrap up the result, however it really shouldn’t have been, given the chances the Phoenix had. The fact is the Glory now have three straight wins and are keeping touch with the top six. Good signs regardless of the below par performance.

Sydney FC are the hardest side to rank nearly each and every week. At times they are the most frustrating side in the competition to watch and you wonder how they sit fifth, yet other times you wonder how this side isn’t sitting comfortably in the top three. Fans will be happy with a point away to in-form Adelaide, but they dominated the closing stages of this game and could have bagged all three. Sydney twice fell behind to Cirio goals, however twice fought back to level. They end their two-game losing streak on the back of a much improved performance, but will be left asking if they should have left with more.

The Victory escaped with a point despite being outplayed in a big, big way in front of their own fans. They were reduced to spectators in the second half and if not for brilliant games by Del Pierre and Vukovic they could have seen all three points leave with the Wanderers. Despite giving up over 60% of possession, 15 shots and an incredible 35 crosses, they stood strong in defence and only a thunderbolt a minute before the 90 minutes were up denied them three points. Although the stats will say they were a distant second across 90 minutes, fans can be proud that their defence held out for so long and that their undermanned side took a point against the table-topping Wanderers.

The Jets were rank outsiders heading into their clash with the free-scoring City. Coming off a five-goal hammering and the loss to David Carney, it looked like City by how much. Unfortunately for fans of the Melbourne side, someone forgot to tell the Jets. A Trifunovic double handed the Jets a morale boosting win that was much needed. Although they’re still three wins outside the finals spots, this performance has a few of us wondering if we wrote the Jets off too early. They face a huge test away to Brisbane Roar this Friday Night, but given the efforts they displayed against City, there is no reason they can’t give the Roar a tough night at Suncorp.

The Mariners came into the week riding a wave of Luis Garcia inspired momentum, having secured their first away win in almost a full A-League season. Unfortunately they ran into a red hot Roar side and had little in the way of answers. To be fair the late withdrawal of Mitch Austin upset the apple cart as Garcia lacked the support up front to really influence the game. Fabio Ferreira’s injury before halftime certainly didn’t help, but even with a fully fit and firing Austin and Ferreira, you’d have to doubt the result would have been any different.

It makes for tough reading, and viewing, but the Phoenix are now winless since round nine, all the way back in very early December. They did start well, and if not for some Ante Covic brilliant, would have taken the lead before the 20 minute mark, however once they did fall behind, they never really looked like being able to end their winless run. They had enough opportunities to earn something on the day, having worked 11 shots to the visiting Glory’s three, but if not for Glen Moss it could have been two-nil. The Phoenix and their fans need to forget about finals, they just need a win. They travel to the league-leading Wanderers this weekend, so it doesn’t get any easier. Perhaps this is the challenge they need to re-ignite their season.